I've been getting back in touch with my artistic side.

Well, not really back in touch. I drew a lot as a kid, but as an adult, I've focused more on writing. It's still a dream to publish, and I'm not sure what that will look like, but the past few years, I've faltered in my dependency for the word. I haven't written as much. I've dropped off on my reading.

The past few years, I've also stopped writing in my notebook. It's started to take me years to fill them up -- and I've often found that when I do write in the notebook, it tends to be on the negative side.

That doesn't do much for my anxiety. It doesn't really heal thyself when you sit in your own cesspool.

So, this past winter break, I gave myself permission to stop writing in the notebook altogether and just focus on illustration. I also told myself it was OK to not write at all for a while. To stop worrying about it so much.

Instead, I've felt a real drive to illustrate.

I haven't sat down so often to work in a notebook since I was a teenager. In a couple of months, I've almost filled up the notebook I've been working in for over a year. A couple Fridays ago, I sat at my dining room table for three hours. I could've stayed there longer, but I ran out of ideas for the time being and got hungry.

It's been a huge creative leap, to stop worrying about writing and focus on all things illustration. I crave it.

Here's a fun piece below: I spent about 15 minutes on it, but I'm in love with the fact that the iPad can turn the sketching process into a video.

I've been working on form and lighting lately. I saw a beautiful set of pencils at Hobby Lobby yesterday, but today I realized that I could mimic them with my handy-dandy iPad. #mbopdesigns #illustrator #owls #adobesketch #artisforeveryone
A post shared by evan williams (@mybucketofparts) on Mar 2, 2019 at 8:43am PST 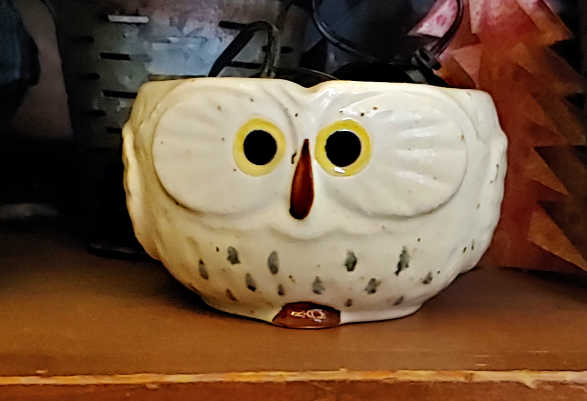 Labels: blogpostathon from a notebook