The first name that comes to mind for this guy is Henry. I'm not quite sure why -- he could be a Reginold, but let's be realistic.

Can't you tell? The look on his face is that of wicked pleasure.

You can tell Henry was naughty, and I don't think he's going to get caught.

The science behind monster forensics is a bit tougher and rougher than human forensics. Either that, or it's the law. I can never keep it straight. Even if Reginold's DNA was found in Henry's apartment, it doesn't mean anything.

Henry may be guilty, but it doesn't mean he'll get arrested.

Find out about this mystery, and others, on the next episode of "Monster Murders," where monsters and their murdery mayhem may or may not mean jail time.

What it really means? One. Satisfied. Monster. 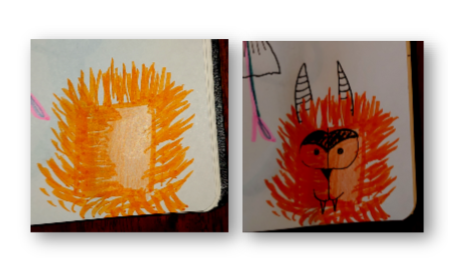 Labels: monsters scenes from a notebook