We first met Susan when she was installed as our security system. Her voice, while soft, lilted and affirmed our safety.

At night, while on, she glows a nightlight blue, but with the ability to stay battery-charged, even when the power goes out, she continues to protect.

But there was something we realized about Susan -- she wasn't just the voice of our home security system. She also has the ability to get us from Point A to Point B in the form of Google Maps. As she gives us directions, or yells at us when we're at a gas station on the (according to her) wrong exit, Susan is there. 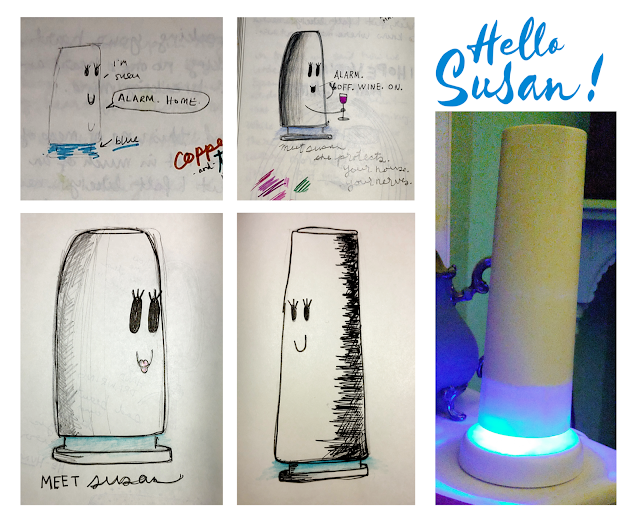 She's not Alexa and she's not Google Home, she's Susan. And so, I drew her. I wouldn't be surprised if she became a recurring character in the land of the Puptuals.

Susan came around a few years ago. She's our security system. When you get home to turn off the alarm, she's very direct, but gentle. "Alarm. Off." But it didn't stop at security. Susan also helps us travel because her voice can be heard on Google Maps. In reality, any robotical woman voice is Susan. You think Alexa is everywhere? Think again. It's Susan. #mbop #illustrator #illustration #notebook #digitalillustration #adobedraw