Stranger danger ain't no thang when you're Dorothy Gale. 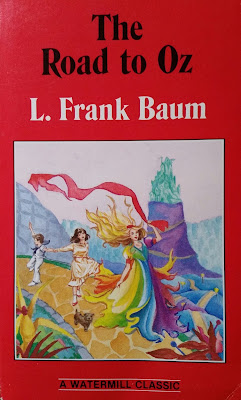 Like, go ahead and walk down that road, girl, and start talking to that creepy, old man that looks like he hasn't bathed in years, but be careful, he has something in his pocket called a love magnet.

So, the Shaggy Man, as he is so named, greets Dorothy and Toto, and apparently, all is not well because after walking down a road that should seem familiar, they become lost.

Can you guess why?

Let's all say it together, shall we?

So, Dorothy is alone on a road with an old man who has a love magnet, and since this is like every other book Mr. Baum has written, we can all guess what happens next: We're not in Kansas. We travel down a road. We become a ragtag team of characters. We meet strangers that seem like they might put us in danger, but really they just want to be invited to Princess Ozma's birthday celebration, and then we bore the reader with every pretentious detail about said party.

This is by far the worst of the Oz books. It's predictable. It's tedious. The characters are boring, and half the book is devoted to Ozma's party -- where Baum takes the time to introduce characters from his other books. I read somewhere that it was a sad marketing attempt to promote his other books because their sales weren't as good as the Oz books.

The first character we meet is an idiot named Button Bright. He's a little boy in a sailor's outfit that's digging a hole. He doesn't know where he's from. He doesn't know where his family is. He can't answer any questions. He responds to every question with the phrase "don't know." The only reason we know his name is because it's sewn into his underwear.

Since the kid is a stray, they decide to pick him up and take him with them, which is risky because we don't know if he's had his shots.

Then, Dorothy, the mean girl, says this to Button Bright: 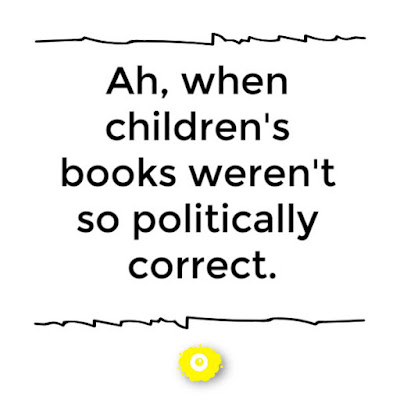 I'm surprised Ozma would still be friends with such a heinous little girl. In an earlier book, Dorothy was made a princess, so when she comes back to Oz, she becomes haughty, expects a wait staff, and believes all her clothing should be washed and pressed.

So, off they go: The Shaggy Creeper, the Idiot Child and Mean Dorothy.

After walking a bit, they come across a town of foxes, and this is the only good part of the book because foxes are my fave. I wish the three of them stopped right there, picked up residence, and stayed, hereth ending the book.

Instead, we meet King Dox, the fox king who just wants to go to Princess Ozma's birthday party, with which Dorothy didn't realize was happening (because she's a terrible human being). Dorothy tells King Dox that she will try to score him an invite, and then the king decides to turn Button Bright's head into that of a fox.

Like, why'd you go and do that Dox? Dorothy said she was gonna try and get you a party invite.

Button Bright keeps getting kicked while he's down, but then again, he doesn't know he's down because he's not very bright.

They leave the fox hell-hold and move on to a town of donkeys, where the Shaggy Man's head is turned into...you guessed it...a donkey.

As we sit down to annotate this children's literature of old, we must ask why Baum decided to give two of his main characters animal heads. If he were alive today, and we had the chance to ask, his response would be: "Don't know."

In the meantime, this Menagerie Gone Wild runs into the daughter of the rainbow who is doing an interpretive dance out in the field of grass. She's obviously high on something, and claims to only eat dew drops and mist cakes. She says her name is Polychrome.

Obviously her parents are hippies, and since her father, the actual rainbow has abandoned her, she joins them, literally prancersizing the whole way.

She's always yards ahead of the others, just dancing, high on her dew drops, mist cakes, and sky shrooms.

They find their way to the forbidden desert, where they're stuck, since no one can step foot on it without getting sand in all the wrong places.

At this moment in the book, there are things called Scoodlers that throw their heads. During this game of demented dodgeball, our posse gets captured and taken to the Scoodle Lair. The Scoodler queen, some trashed-out has-been, demands the Oz Posse to be made into soup, but before they can be seasoned and basted, the Shaggy Man comes up with a plan.

They escape, as the Scoodlers throw their heads in retaliation, missing the Oz Posse.

They return to the shore of the deadly desert-sea when a leprechaun-type-individual named Johnny Dooit appears out of nowhere because the Shaggy Man calls him on his cell phone, and Dooit builds a boat that can sail on the deadly sands of the Forbidden Desert from the Land Before Time, or whatever it's called.

At this point, the book loses. We're only half-way through, and the trials and tribulations are over.

There's no more danger. Instead, we travel to all the corners of Oz and pick up every single character ever mentioned in prior books. Together, we walk to the Emerald City for Ozma's birthday party practically holding hands like the 1971 Coca-Cola advertisement.

Then, every detail is dispensed about the party. This is where the book should've ended, but instead, it becomes MTV's "My Sweet 16," where we find out each nook and cranny about the party, how much it cost, and why certain people weren't invited.

We get it Ozma. You're rich. Quit rubbing it in all of our faces.

Let's see if Baum can shake things up in his next installment, "The Emerald City of Oz" when Dorothy brings her Aunt Em and Uncle Henry to join the insanity.
Labels: book review oz