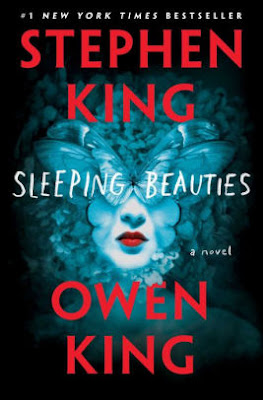 A global event showcased in one small area of America Appalachia? Check.

Personal issues the reader struggles to care about because of the supernatural? Check.

Father-son duo, so it's gotta be good, right? Um...check?

Way longer than it needs to be? Check.

The premise is interesting enough...women around the world fall asleep and a shroud of mystery fiber encases their faces. Tear off that mask, and beware. You will be attacked. Dubbed the 'Aurora Virus' because of one of our famous Disney princesses, no one knows where it came from and what it all means. Or if it will end.

We get hints of the outside world through a few news reports, but the entirety of the plot takes place in Dooling, which houses an all-women's prison. And while the issue at hand -- women falling asleep and men dealing with the fallout on their own -- is an interesting social statement, everything about this is both captivating and infuriating. Interesting because I've never been inside a women's correctional facility, and the characters were real enough. Some were sassy, and much needed when things began to take a turn for the worse, while others were sorrowful, living out their sentences as a penance. By the end of the novel, some of the men that were callous and misogynistic turn a corner, learning from their misdeeds, becoming better citizens of the world.

Infuriating because some of the men in this story just needed to be gut-punched so hard, they coughed up a little blood. The novel meanders through countless scenes that could easily have been edited out.

By the time I was close to the end, reading this novel became the equivalent of entering data into a spreadsheet.

So, what is all this data I'm reading? Female characters fall asleep left and right throughout the book, but it doesn't stop the Kings from allowing some of them to stay awake -- allowing for a small town to, almost, meet its ugly end in a battle that takes place in and outside Dooling's Correctional Facility. 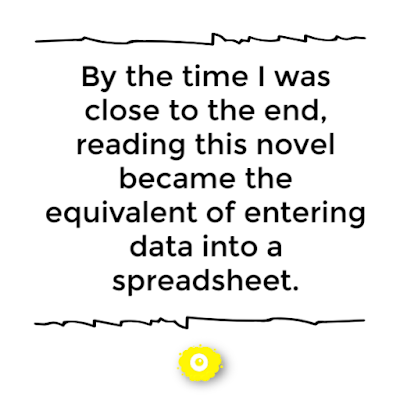 What are we fighting over? The mysterious woman who can sleep without getting encased in the same white substance whom all the others fall victim. She gets herself arrested for attacking some meth-users and blowing up their trailer, while obviously allowing the woman at the scene to get away unharmed.

For the remainder of the book, she's holed up in a cell at the prison, commanding all the things from where she sits. Is she the reason this is all happening or a mere pawn of a larger astral something-or-other? To some men, she's a witch, but to others, she tells them she needs to be protected.

While the men (and a handful of women) figure all this nonsense out, the sleeping women wake up to find themselves in an alternate version of our world. It's run-down, like it was just left behind. Time moves differently there, and they realize they must make-do. And while it is not all peaches and sunshine, the fighting is at a minimum, the community they create feels real enough, and some find they are happier in this land without men.

So, while it's mere days and hours in the land of men, months pass in the land of women, and by the time we near the (ohmigawd I never thought we'd get there) end of the book, the future is in the hands of the women. Do they stay in this new era they've created, or do they return to a world of men, hoping their absence has made it a little more okay?

This book uses the global catastrophe of "The Stand," and mixes in the one million characters in a small location of "Under the Dome," and sprinkles in the prison life and mysticism of "The Green Mile," while adding a dash of Stephen King's son to give us this novel that's 200 pages too long.

And don't get me started on the two characters that are randomly introduced by page 500.

I had wanted to read this book since it's debut a year ago, and when the library's digital edition was available (and might I add, constantly available -- like, when I had to return it after each 14-day borrow, it was always available to check out again), I added it to my summer collection of downloads.

Giving it a test read one night, I ended up on page 50. So far, so good, right? I should've known when, at the beginning of the novel, there's a cast list of 40-plus characters. Then I checked the number of pages.

I've been doing this for the last few summers -- killing any chance of reading other books because I keep choosing tomes to read. Last summer it was King's "It" and a summer or two before it was "The Stand." At least I've read all of his longest novels to date -- everything else should be cake.

That's not going to be for a while. I love you, Mr. King. So much, in fact. I will keep defending you as one of our generations most brilliant authors. You had me at "The Dark Tower."

But I need a break from your gargantuan reads. I just need some 300-page novels in my life for the time being.

I'm going to be a middle school kid right now: If that book is over 400 pages, I just can't.