Monopoly changes up its pieces

Hasbro, we need to have a talk.


You sit down right here.

Now look at me. I'll try to keep my Real Housewives attitude down to a minimum, but if I throw a table, you can't say I didn't warn you.

Those three just showed up, and you. Didn't. Even. Tell me!

I didn't even know they were invited!

Am I not following the right outlets? Should I blame the Trump circus? I've been so inundated with his "Tweets as news" that I've ignored the news a little bit. Is that how I missed your announcement?

I know it's been awhile since I've played the game, but I didn't even have a say in the matter.

To my consternation, I learned through the mouth of my brother-in-law that Monopoly has gone and changed up their tokens. Apparently, back in January, there was a chance for the human population of the world to vote on 64 different token options.

Now, Hasbro, here's why I'm a little peeved that I was unaware of this: I own nine Monopoly games.

Now, that's not as many as some crazy-obsessed collector out there, I'm sure, but owning nine different Monopoly games has to mean something. 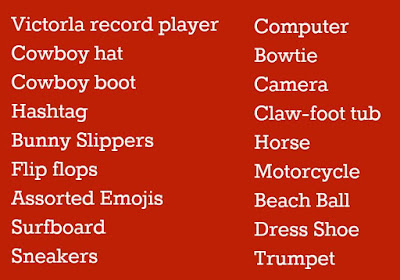 I've got an older original version pulled from my grandparent's house after they passed away. I've got my Y2K collector's edition where the money is see-through, the houses are a stackable clear green plastic and the board is a hologram. I've got my goofy Muppet edition. I have a truly vintage edition, from 1961 -- over 50 years old -- that smells like old books. One of my Monopoly games is in a extravagant wood box, with wood houses and hotels, and money-colored money.

I wear my pearls and drink dirty martinis when I play that version.

Apparently my calm obsessiveness wasn't enough to inform me that I had a say in the matter, that I could vote.

It seems the wheelbarrow, thimble and boot have been replaced with a T-Rex, rubber ducky and penguin. Those were the three that won, alongside some of the originals like the top hat and Scottie dog.

I mean, I get why the wheelbarrow lost -- that piece was not aerodynamic. It was difficult to grasp, its sharp edges were loathsome. The thimble has been a disappointment ever since my pinky finger became too large to wear it. The boot? If it weren't the style of boot from 1935 when Monopoly first came out, I'm sure it might've had a chance, but that weird metal lip that stuck out in the back was just as awkward to hold as the wheelbarrow.

The T-Rex token is impressive. It's very "Jurassic Park" or "Jurassic World," depending on which era you're from. The rubber ducky reminds me of Ernie from "Sesame Street" singing "Rubber Ducky, you're the one," so it makes sense why that one made it. The penguin, to me, is a stretch, but I get it. I mean, there were the movies "March of the Penguins" and "Happy Feet."

I'm not sure which ones I would've voted for, but with my 90 followers on Twitter, I'm sure I could've come up with quite the campaign.

I don't need to go out and purchase a new Monopoly game just so I can own the new pieces -- my collectors status has waned in the past few years, especially since no one will play the game with me.

They complain it takes too long.

And then, they go and play Risk.