From the Introduction of "The Argument Against Amusing" by Namaste Jones 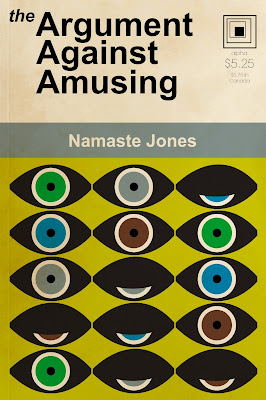 ...and because of that, the art of amusing needs to be looked at with an ice cold eye. For millennia, it has been seen that the art of amusing was solely the power of left over magic from the Nine. These original muses from Greek mythology have been heralded as the alpha and omega of amusing. What they began is what we continue. Without our strange abilities and slight magical insights, Creatives around the world couldn't function. They need us. Towers would fall. Science would fail. Stories would go untold.

We, as muses, have decided this and accepted it blindly. Where is the science? Where is the evidence that these magics actually exist? Nothing within the world of amusing has been challenged. It has been and will always be.

Is a muse really doing anything special?

Have these people been wasting their gifts?

Are the bones that are kept within the catacombs of all nine academies really those of the Nine?

I haven't seen them, but was told they were there as I walked the halls of the Academy of Amusing. I was told not to question. I was to have faith, use my ability, and learn to amuse.

My questions continued to bubble to the surface. 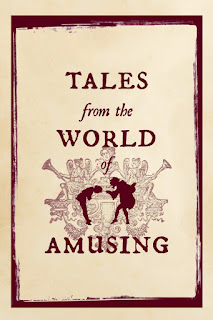 In an age where satellites orbit the Earth, I'm beginning to find the strange, archaic and useless profession of amusing difficult to swallow. The pill is bitter, even more so, when my questions are seen as dangerous. My questioning was treated as sacrilegious. I was shushed. I was reprimanded. I was threatened. Then, I was kicked out of the Academy.

This only fueled my resolve. I wanted to know if there could be something else out there that allowed for a Creative to invent, to write, to compose. I wanted the freedom to research where amusing really came from, if a muse's magic really existed, or if it was all folly.

Those who want me silenced have tried to stop me, which fuels my resolve once and for all. If academia feels the need to mute, then what I have discovered must hold considerable weight.

For the first time in the history of amusing, what I have discovered is an argument.

An argument against the very nature of amusing that...