Before there was the Blog-Post-A-Thon, there was my notebook. I think it's where My Bucket of Parts really started. It's weird I found my voice. At first, it wasn't very loud. Nor was it humorous. It was full of your typical trappings of a teenager trying to figure it all out.

Through the years, the notebook became more visual. Instead of words, there was color. Drawings. Doodles.

And then, all of a sudden, the words stopped appearing in the notebook, and it became completely visual.

The words are here. All over My Bucket of Parts, so they haven't been abandoned.

The notebook just transformed into something else.

I follow designers on Instagram. I watch many of them work with their handlettering, whenever they post videos. It is an art form I would like to study more of, and I'm realizing it takes practice. I haven't sat down to really work on my lettering, but I have played. Posts from my notebook are rough.

I do not consider myself an artist, but I do love design -- the placement of words, the choice of font, the luxurious use of white space. If I were more of an artist, I would've gone into magazine design in college, instead of journalism education.

But I like the writing aspect, too. And photography.

So, with the new installments of My Bucket of Parts Designs, I've decided to post some of those rough sketches here.

It is merely play. 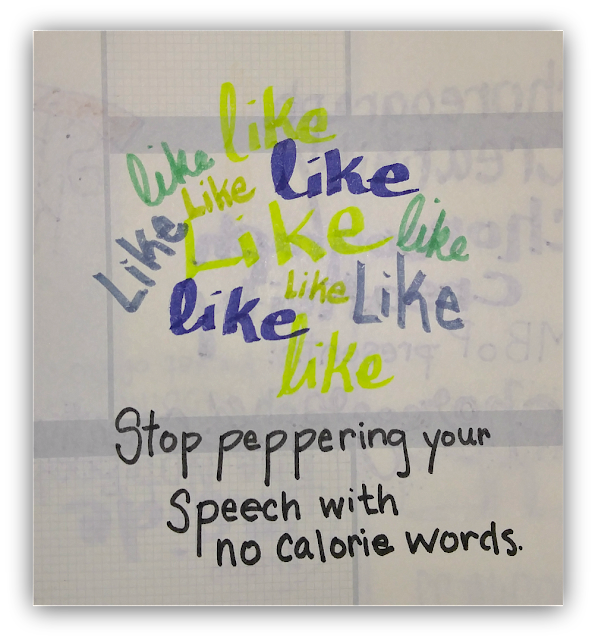 While listening to a chef on "Chopped," I became annoyed with his, almost, fidgety use of the word "like." It was more than just filler -- it was spilling out of his mouth.