Bigger Than Her Body

We believe Maeve was born wrong.

As a Sheltie, she's an average size, but having raised her from puppy to young adult pup, there are biological and personality signs that she was born too small.

She's 22 lbs. and the perfect size. Because she's so sassy, she's easy to just pick up when she's getting into trouble. That sass, though, is one of the major signs that she should've been larger and longer. Maybe even an Australian Shepherd.

If she's doing something she shouldn't be -- we'll tell her "aught" and swat her nose to make her stop, but we have to be careful because she swats back.

Don't be fooled by this cute face... 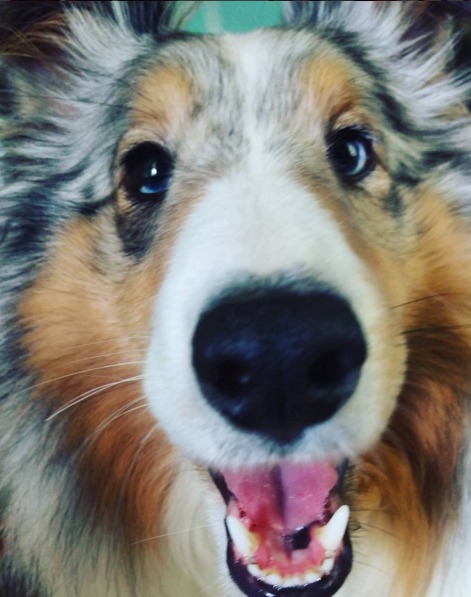 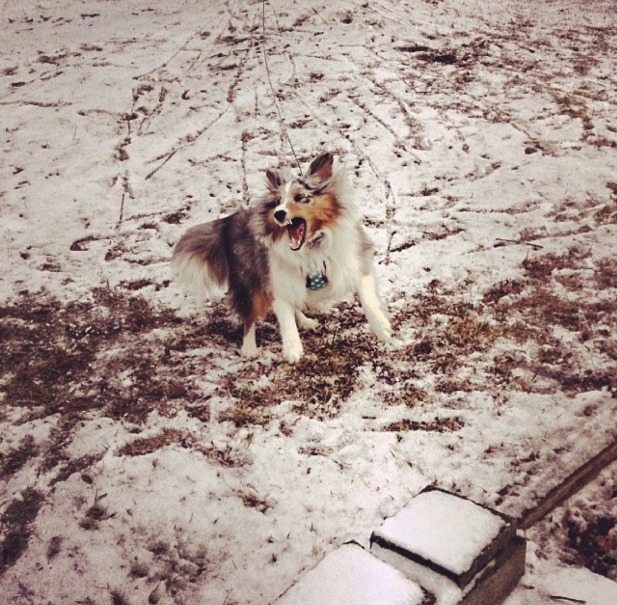 She's very bossy. If you're not doing what she wants, she will yell at you. And that yell is very high-pitched. She will go right up to your ear and bark. And bark. Until you do what she wants. 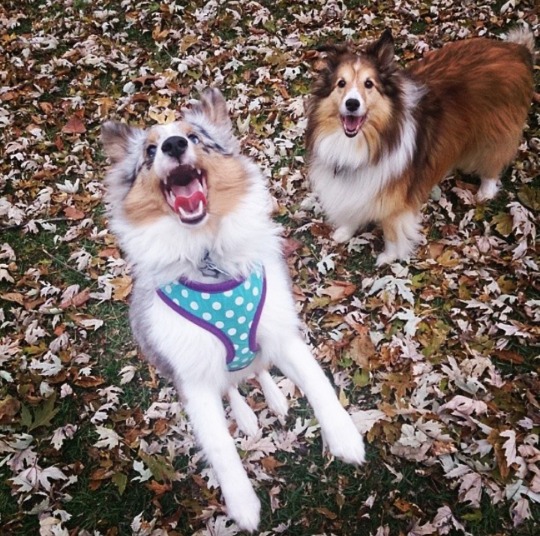 She makes growling noises that aren't quite growls because she's not angry or mean. They're more like moans and purrs, and she shifts back and forth and can't sit still sometimes. She adjusts, and adjusts some more. It's like she can't get comfortable, like whatever largeness that's inside of her is pushing out, irritating her, making it impossible to get comfortable.

When she does get comfortable, we've noticed the pads on her paws -- they push out in every direction. They seem to be two-sizes too large for her tiny feet.

And you should see her teeth. 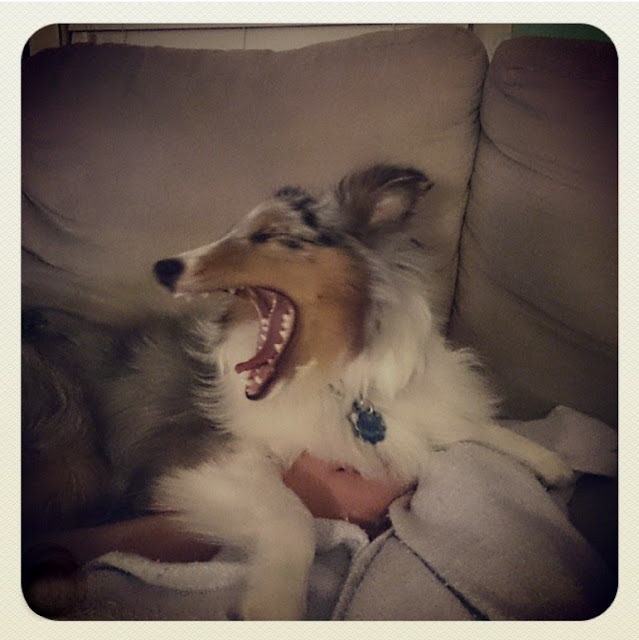 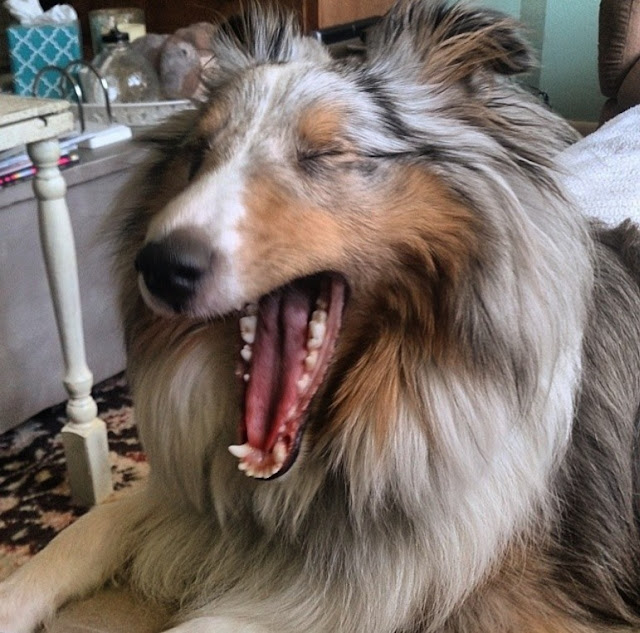 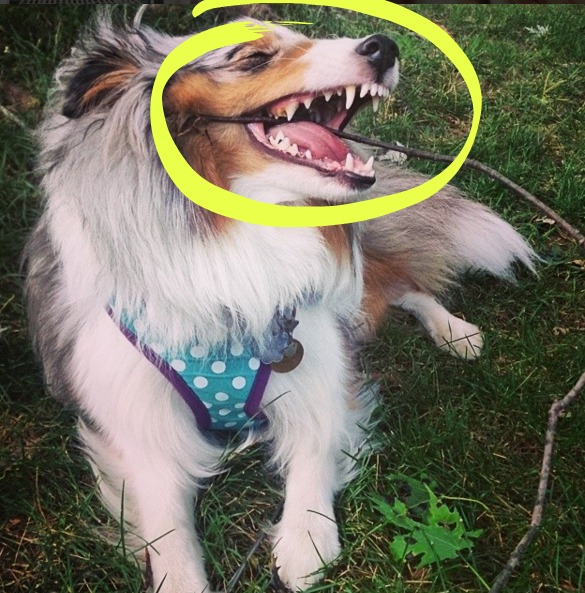 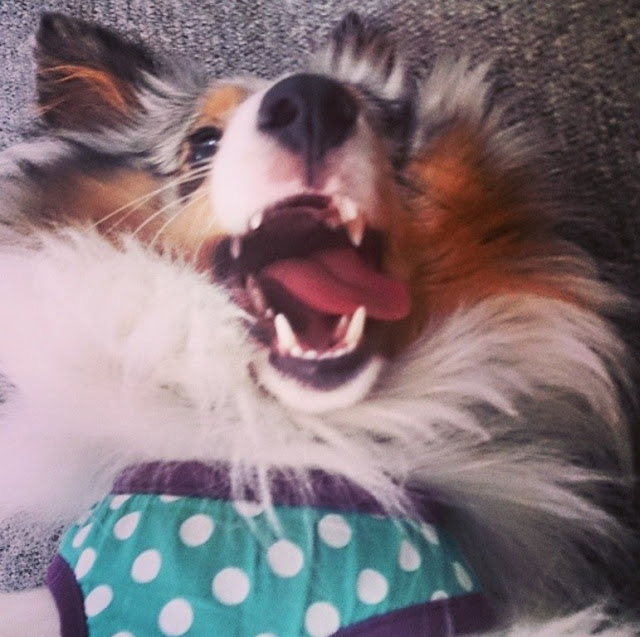 Those are obviously too big for her little mouth. There are nights when she wants me to hold onto one of her toys so she can chew on it. To massage her teeth.

And when she's restless and chewing, we put teething gel on her gums -- this is something we bought for her when she was a puppy, when her adult teeth were coming in...and now that her adult teeth are in -- she still needs the gel. It's like they're so big, her gums are tender from their mere existence.

It just seems like there's a Hulk inside her, and her poor little body has become Bruce Banner's clothes.

At some point, her body will tear open to show us the real Maeve that's been hiding underneath.