ere's the thing, we started out friends.

It was cool, but it was all pretend.

Since you been gone...Volkswagen Beetle.

After my grandfather passed a few years ago, I was able to use his Ford Taurus boat station wagon until we decided what to do with the Beetle that supposedly had head gasket issues (or so our mechanic thought).

It turned out, we weren't sure what to do with the Beetle, so it sat and the SS Blue Whale Williams station wagon became my mode of transportation. I was OK with this. I had already made the dumb-brained decision to buy the Beetle 10 years ago during a time that wasn't financially feasible, so I deserved to drive whatever car I could get my hands on, be it a Ford Taurus or an El Camino.

I had my time with the car of my dreams. I didn't get a choice anymore. All I cared about was that there was still no monthly payment.

Even if I have to drop anchor in order to park.

It had tinted windows that would make a hoopty mobile jealous. I'm surprised I was never pulled over for the dark tint.

Then again, the police probably thought I was elderly. They must've figured they were sparing me the heart attack. Because, you know, I'm old.

Regardless, the soul of the car enveloped me, and there were days I would drive just as fast as any 1990 Cadillac on 32.

When I say fast, I mean slow.

And the CD selection was a doozy. Like, it will lull you to sleep. After having the station wagon for a few months, I finally decided to see what kind of CDs were in the five-disk player.

As it did, my bones hurt. It was like I had arthritis. And then, I became terrified of driving 55 mph. I had to slow down.

I was becoming an old person.

But the station wagon wasn't stressful. It was reliable, minus a few repairs we had to make, up until this past spring when the alternator started to hiccup. The engine was throwing oil, and it was pointless to fix. The new alternator would eventually meet the same demise. It was not the alternator, but the engine. The Taurus had just been given an expiration date. 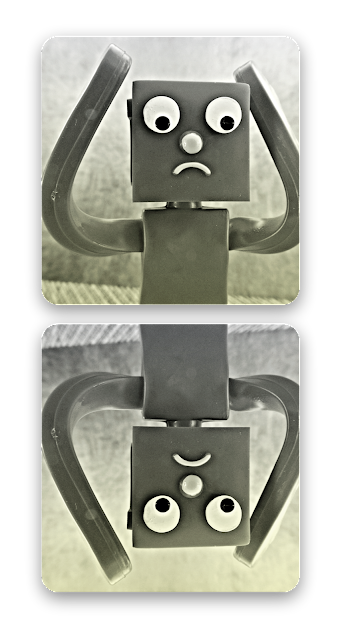 It was time to figure out what to do: find a "new" used car or repair the Beetle.

I had all summer to get this done. Looking back, I should've utilized that time more efficiently, but like any good person, I waited until the last minute.

I decided on a mechanic that specialized in foreign cars that was very close to where I worked. I had the Beetle towed there and awaited word on the diagnosis.

Was it the head gasket? Was the engine melting? Was a spark plug out of place? We needed to know. Since there was the potential that fixing the Beetle would cost less upfront than paying for a used car, it became a very real possibility that I would get my VW back.

It was a gamble, but I felt good about the decision.

I should've known, though. Leaches waited in the wing.

I received the call bright and early one Friday morning with the laundry list of repairs. The head gasket was not one of the things ailing the car. Instead, it was the timing belt/water pump, serpentine belt, thermostat and cooling fan. The car needed an oil change, fluids refilled, and new tires. The brakes were rusty, but the shop was honest and said not to worry about them right now. The pads were still good, and my dad said they would rub the rust off.

Do keep in mind: What they didn't mention was that the airbag light was on. This will be important later.

Which was a good thing because the Wednesday before it was finished, the Taurus died on my way to work. I had to be rescued by the school's police officer.

Thursday, when I went to go pick up the car, I paid -- some cash, some credit. I handed over my license plate, and they pulled in car in the garage...and never came back.

While I waited for the mechanics return (my gut was sinking at this point because it shouldn't take that long to put a license plate on the a car right?), I noticed a poster stating that they offered financing. A full year without interest. I asked to refund the credit card and do that instead, but the manager look at something for a few moments, not really trying to figure out if he could, and then said he couldn't.

Then the master mechanic came in and told me the check engine light came back on.

So they kept it. And my ride had already left.

The excitement I had all day had filled me like a balloon. I was about to get my Beetle back. I was going to drive my small car that was easy to parallel park. But that burst, and my evening was mutilated. I went to parent night at school the wind knocked out of my sails.

Then, the anxiety crept in. I hadn't had any so far. I knew fixing it was going to be a bit pricey, and I was mentally prepared for the laundry list of fixes. What I wasn't ready for? Another go-around just like Tom Wood gave me back when the Beetle was first a mess.

I waited for the phone call the next day, like a patient waiting for test results.

"It was a cracked censor," the manager told me. "We'll only charge you for an hour of service, and the censor."

But, then I told him I wasn't happy about the financing. Why hadn't they told me they did that? He apologized, and I said that he could look into refunding the card and putting me on the financing so we didn't have to owe interest.

He had to go check and call me back. Once he learned that he could, he said there was a 6% fee attached to the refund. I said they should eat it. He said he coudn't do that. I told him to attach the fee to the financing, if they could, even though it wasn't right. I told him I would call him back, and when I did, luckily, I got the owner.

When I told him my story, that the interest-free financing wasn't offered, and that they should pay the 6% refund fee, he went silent. He was thinking about it. Then, he asked if he could pay half.

At least he met me half way. And I got the financing.

That anxiety attack was over, and I was able to have a good weekend.

Come Monday, I got the call that the car was finally fixed, "But..." the manager said.

And my stomach lurched. "But, what?"

"Your back window's gear is broken. We had to tape the window up."

"Why did you roll down the window?" I would eventually ask him.

Or, to put the top down during a joy ride as you drove the car to make sure the engine wasn't overheating I thought.

"Just duct tape it. I don't want to fix it right now."

So, I picked up the car,

I got in. Turned the key. The engine purred. The warning lights on the dash all turned off, except for one: the airbag light.

On my way, I called.

"Yes, we noticed that. Bring it back in tomorrow, and we'll do a diagnostic for free to see what it is."

After talking to Steph about it, I called back to ask why they didn't do anything about it, if they knew it was on.

"Because you didn't tell us to," the manager said.

Because I didn't tell you, too? Well, it seems I needed to be psychically connected to my car in order for it to be fully checked out.

My anxiety, at this point, was aflame. I was on the verge of catatonic. I knew I needed to confront the owner, if I could, the next day, to showcase my frustration, but the whole idea of confrontation freaked me out.

I wish I loved confrontation. I wish I could go up to any old person making my life difficult and give them the what-for. I wish I could be so sure I'm right, like Dr. House, that I could look an auto shop owner in the eye and burn into his soul so badly that he will give me a lifetime of work for free.

So, the next day, while my hands were shaking and I couldn't focus, I was ready for the owner to meet me at the shop so I could for-shame him. He never responded, and the manager was all, "He would direct you to me, anyway."

So, I told the manager how negligent it was to have me drive with the airbag light on (based on the information in the manual, it sounded like the airbag could just go off, you know, whenever, killing me), and I told them it was silly that I couldn't ask them to check the airbag light when I didn't even know it was on.

When I did pick up the Beetle, finally, the manager told me: "Steve (the mechanic) said you were told about the airbag light. You said to leave it."

I didn't say anything, because my brain doesn't work that way. My ability to snap back in real situations is difficult. Later, though, it came to me what I should've said to the manager, after he made me feel like it was my fault the airbag light was on.

"I'm a journalist that takes notes while on the phone. The airbag light wasn't mentioned. End of story."

Or something like that. It could've been so sassy that my students would've cupped their hands over their mouths and yelled "BURN!" if they were there to witness it.

But whatever. The Beetle's been home for three weeks now. The window will get repaired at some point, and the airbag light is connected to a censor in my seat belt. Neither are dire right now, so I drive.

Let's pray that's the end of the story for now.