Depending on where we are living (I'm assuming a larger house. I'm not sure how we acquired this house, but that's a piece for a later day), our horses will be stored in the garage. With their hay. And Trough. We've turned that five car garage into a horse barn. How cool is that?

Except for the smell. 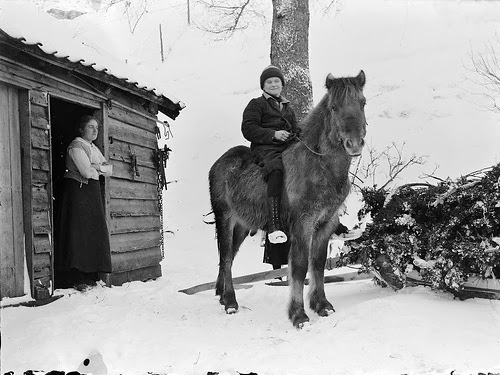 And when we're ready to hook them up to the sleigh, we'll just have to push open the garage door. Who knows where we'll all live when the end comes, but if it's someplace where snow is likely, we'll definitely need to have a sleigh. This is, of course, assuming gasoline and car engines aren't going to last. I would rather rely on a horse than stand idly by at a gas station where end-of-times militants will be guarding the tanks. With guns. Probably machine guns or something automatic like that. Even if the government shuts down automatic weapons, life is lawless at the end of the world.

So, a sleigh it is. And at Christmas Time we'll have jingle bells -- unless it's dangerous and gives away our positions, then we'll have our own gun toting vigilante. His name will be Klaus, and he'll fight for the little people good guys. We'll need someone like Klaus on our side, ex-Marine and all that, so we can learn survival techniques from him.

A big concern, minus food and the preservation of veggies through canning, will be protection. Boots, especially. In this day and age, we are spoiled by our footwear. We've come a long way since the Civil War where I've read horror stories about poor footwear, bleeding feet, trench foot, etc. We either go after some crazy-good boots at an outdoor/sporting goods store or we wrap towels around our feet. And tennis rackets when the snow is really deep, because tennis rackets look like snow shoes, so they'll work just the same, right? 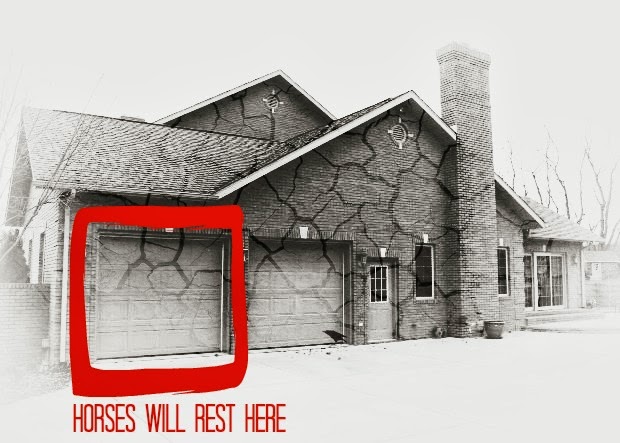 We'll also have to learn to hurl an ax to cut down trees for wood to burn because those fireplaces, even if they're gas, will come in handy for heat and cooking. Klaus will help us with the hunting, and it looks like we're going to become connoisseurs of venison. One of the things we'll want to stock up on? Seasoning. If we have to eat gamy wildlife, we'll want it tasting decent, at least.

I hope all of Nigella Lawson's recipes translate well with rabbit, squirrel and deer.

At night, we'll bring our packs around the fire and sleep. That part will become comforting. With all the work that's to be done, we'll all fall asleep at the same time, but if you wanted to stay awake and read (books will still be around), you don't have to worry about anyone being bothered by the fire light.

Labels: notes at the end of the world