And I Said, What About That Robbery At Tiffany's

In my mind, a true New Yorker is fabulous: they live in a condos miles above the earth and their next door neighbor is Rockefeller Center, they don't know what clutter looks like, they hit up every store that will never take Bitcoin, and to them, Target is like Walmart.

To see some of the mythical creatures in action, we were lucky to take a break from the down-pours of Andrea (the tropical storm that lambasted the coast) and find shelter in Tiffany & Co. It was all decked-out with decals of the Art Deco era to celebrate Baz Luhrmann's "The Great Gatsby." Tiffany & Co. did the jewelry, and they had a showcase on the top floor. 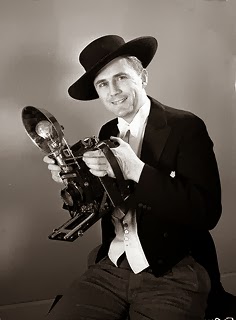 We entered the store experience, and waiting for us by the door was a gentleman, who took our umbrellas, inserted them into a fancy device that wrapped them in plastic so we wouldn't fling wet all over the place. We were informed that we could look around and take pictures. As passers-by, they must know pictures are the only thing we can afford.

People were hunched over, drooling on the glass cases, while Tiffany & Co. employees wiped off the glass with a microfiber cloth, and then dabbled the edges of the shoppers' mouths. Women with perfect make-up, held up their arms and hands, gazing at the tried-on Tiffany jewelry, while their men fanned the Tiffany employees with money.

Looking around, I realized this was what homeless felt like.

Making the experience better was the hooplah ococcurring  the corner of the store. My memory has draped the scene in the velvet of Old Hollywood. Men with bowler hats and gray suits talked to police officers in navy buttoned-up suit jackets. One held a repo
rter's notebook in one hand and an old fountain pen in the other. A police officer with a large camera and a flashbulb the size of my face walked around the scene snapping photos.

I tried not to gawk, and I have no photos to prove, tobut to be at one of the top jewelry stores in the country (world?) during an investigation? Wow. What top jewel was stolen? Can it be placed in a gun to create a freeze ray? Is it worth more than the building? Where's Dick Tracy when you need him? 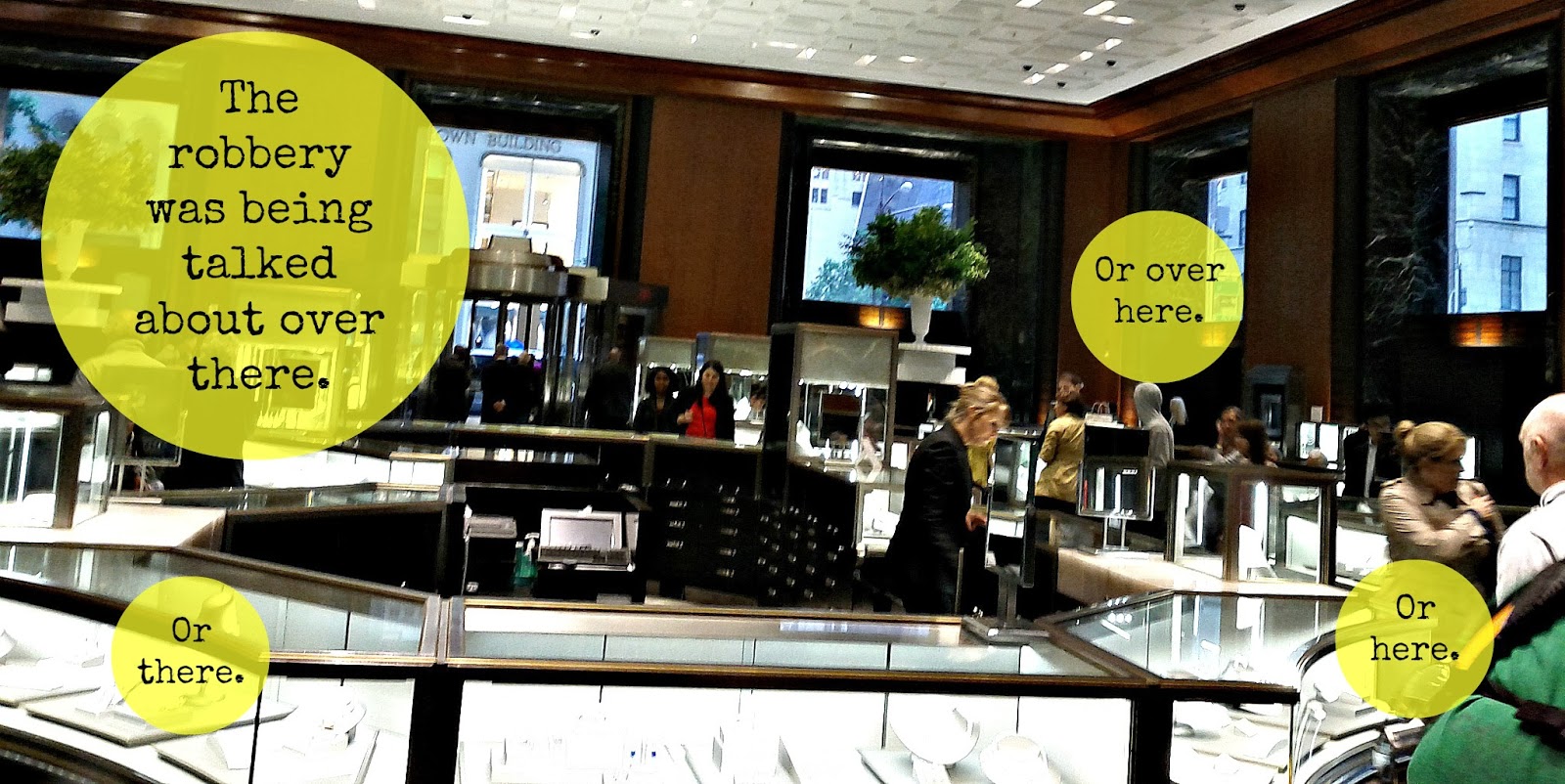