It's October now, and that means the fourth season of "The Walking Dead" will be coming on soon. I'm still stuck in the middle of season 2. Rick just shot the two guys in the bar, after persuading Hershel to come back to his farm. Sarah, that doofus, just flipped her car, and we all know that zombies are hiding in the forest waiting to claw at her car windows.

It was an exciting episode, whichever number it is, and I can't get past it. I'm terrified to move forward! I already know the spoilers: who lives, who dies, and all that, but I'm still verklempt. So, I bring you some poetry while I build up the emotional endurance to ram through the rest of season 2, because, let's be honest, I hear season 3 is pretty gosh-dern great, and guess what? It's finally on Netflix. 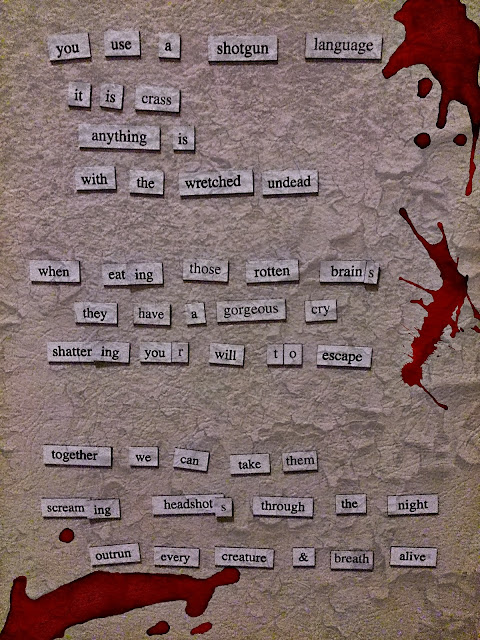