The last time we met, I became the Salt Lord.

Another item I wanted to discuss in this so-important series is a special type of animal to have around. I hold these animals near and dear to my heart. Now, when I picture this so-called end of the world, I picture it while living at my house. We have a rather decent-sized backyard, and I think a great addition to that backyard, especially during times of strife, would be some alpacas.

And a spinning wheel.

But no Rumpelstiltskin, please. This homeboy isn't going to turn anything into gold. Plus, illustrators and creators out there always make Rumpelstiltskin super ugly. Please, I don't need that ugly in my life right now. I'm trying to survive. It's bad enough water is being rationed. 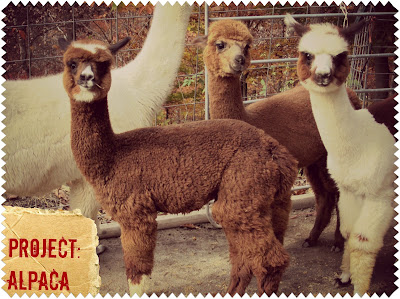 Alpacas are known for their fur. It is thick and bushy, and once woven, it makes fabulous wool.

It's going to get cold. We are using our fireplace for heat and as a stove. The heater doesn't work anymore, which is a shame, since we had just gotten a new one. Alpaca wool is light-weight and super-warm. You won't always need your hefty coat in the winter when you've got your alpaca wool sweater. It also doesn't smell bad when it gets wet. It's been said that if you have stank feet, socks made from alpaca wool help that.

Who wants stinky feet after the world ends? We have enough problems as it is. We already can't bathe on a regular basis.

In order to survive some kind of apocalypse, alpacas are going to be needed. They're cute. During dark times, we need cute. We won't be able to look up little cat memes since the internet will be "gone."

Plus, alpacas don't spit. That's llamas. Alpacas are often a little bit smaller than llamas, and sadly you can't ride them. Also, when they go pooh, it's like someone opened up the coffee bean dispenser at the grocery store without placing the bag underneath. Bean-like pellets fall out of them and bounce all over the place. It's funny at first, but then, when poop patrol comes around, I'm sure it loses it's humor.

But, after the end of the world, there's going to be a lot less funny.


Labels: notes at the end of the world