I started out as a playwright

I have always been a fan of the theater. So much that when I was little, I would devise my own plays with the help of my cousins. Those plays were performed down in the basement at my Grandma and Grandpa Wolf's house. There was space down there where we hung a curtain that opened and closed and that was our stage. Since it was a grandparent's house, there were plenty of props and set pieces at our disposal. I would spend weekends at my grandparents house. Some of those days I would plink out melodies on their piano (where I would later take piano lessons from my grandpa) and try my best to write my own original music for some of the musicals I tried to write.

Since gaming was pretty bad on the computer, and we had a Nintendo, the only use for the computer, I found, was using a DOS word processor that I would type my scripts with. When I was done, and I hadn't edited my writing, I would print it out on the dot matrix printer, tear off the perforated holes on the side and call it a day.

One of the more successful attempts at the musical was "San Francisco" (because I had visited there with my family for fall break one year and fell in love with it, even as a kid). I created the program...this was before I was savvy with Publisher or other desktop publishing softwares. 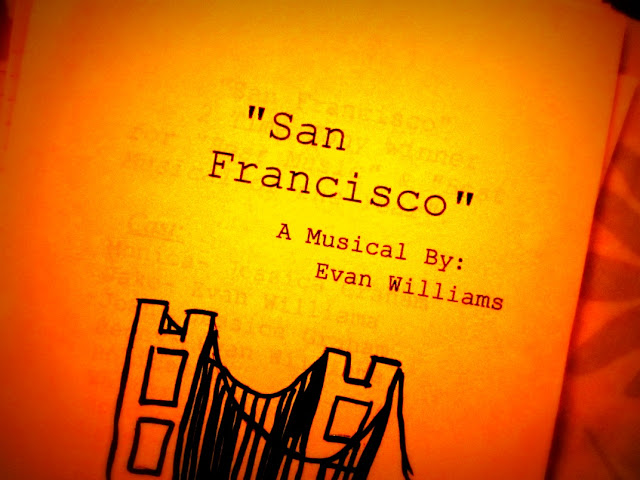 The premise was about four people...two who were going to visit and two people who lived there, but became poor and lived on the streets. When I did start to work on the musical "San Francisco," I had to come up with choreography. I was writing, directing, staring, producing and working on choreography. There was nothing I couldn't do! 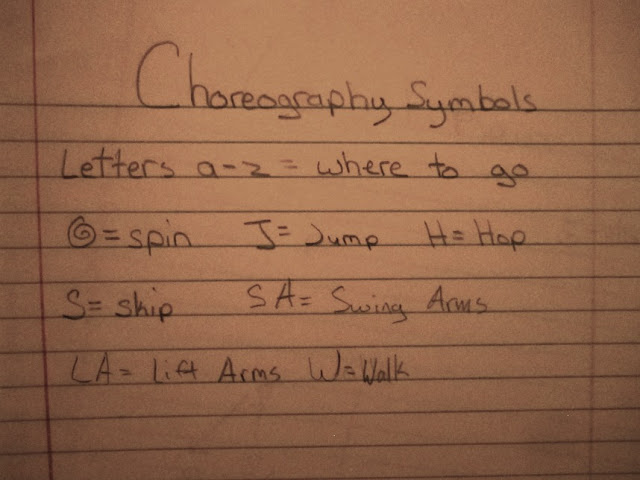 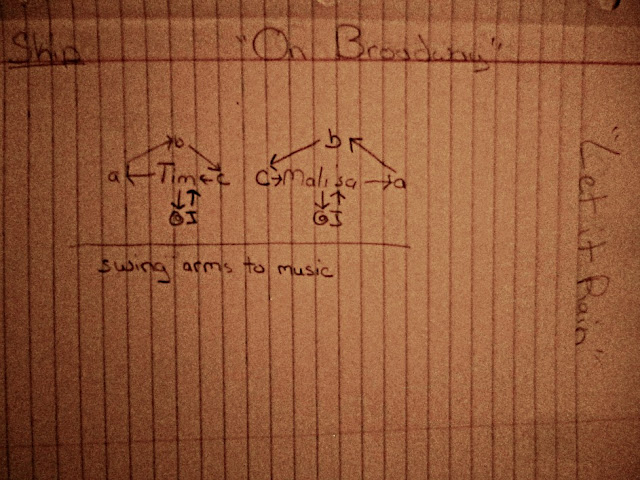 At some point, my interest in the macabre started to break through and I wanted to write some spooky plays. Sadly, as far as I got with "The Master" was the cast. I think Thomas Darchaf was supposed to be French. 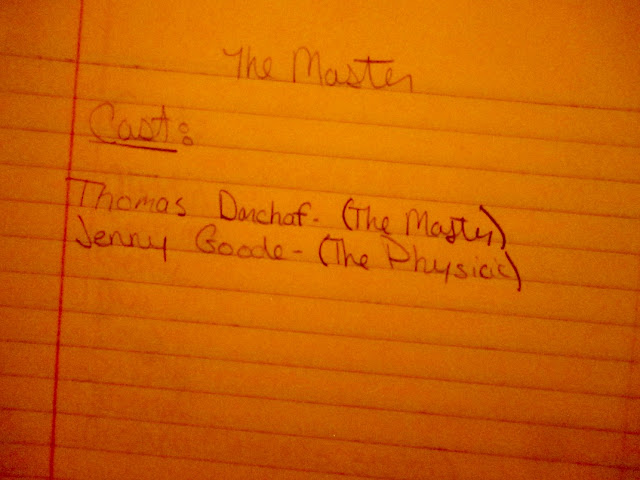 And then, when John Grisham started to come out with his novels, I decided that it was time for me to cover some more serious material. As a fifth or sixth grader, it was time to write the court room drama! 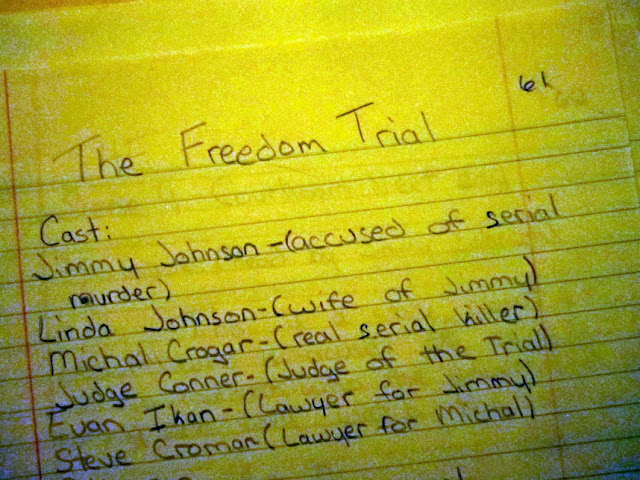 And no court room drama would be complete without the epic monologue...that ends with, "well, watch the story..." It needs the "Law and Order" sound at the end of it: chung, chung. 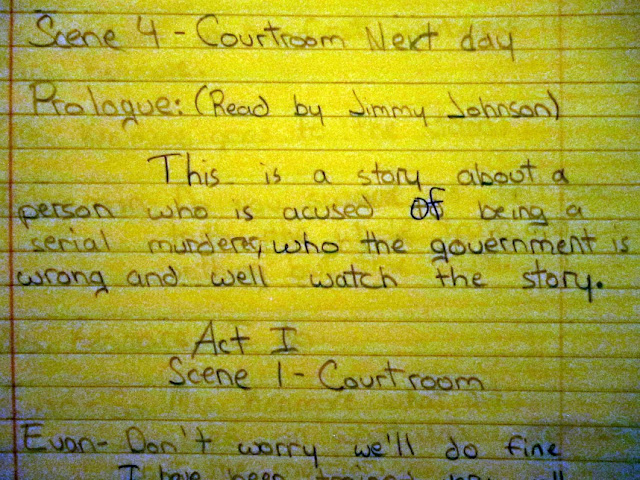 If that prologue didn't send shivers down your spine, you need to read the first scene from my take on "Beauty and the Beast." The dialogue was so powerful it only needed seven lines for the first scene. 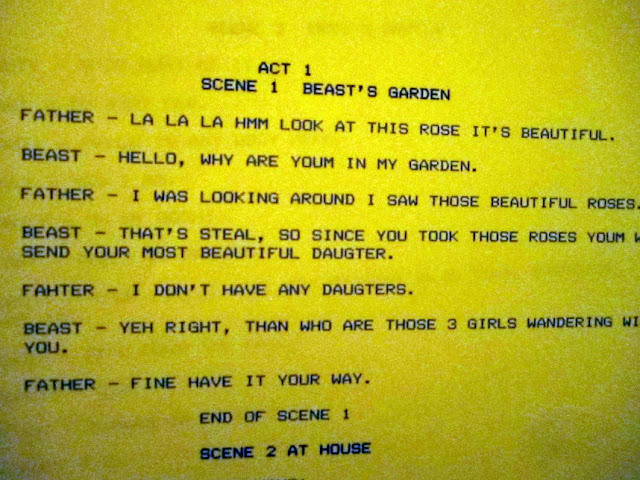