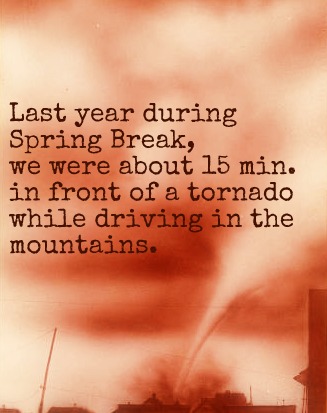 Have you ever driven through the mountains? As long as there isn't thick fog (where you can't see five feet in front of you),  it's really beautiful. It can be a bit scary driving if you're not used to it. I've driven through the Appalachian mountains quite a few times over the years, but I'm nowhere near used to it. There are semi-trucks that book it through the twists and turns.

It's like a game to them. They want to watch us burn.

It makes me want to invest in a portable police light so I can pull them over and tell them what's up.

Like, "Dude, really? Just because we're driving a Beetle doesn't mean you can get all stupid up in my business. Here, take this," I say, handing him some Unisom. That would do the trick.

Last year for spring break, we rented a cabin in the mountains. This seemed like a cool alternative to going to the ocean. For the past many years, we've been going to different places. We've been to Myrtle Beach a couple of times, Virginia, Tennessee. We enjoy the South. This time, we drove down with the Girls in the back seat and their doggy breath filled our nine-hour trip.

Once in Tennessee, we were surrounded by ominous clouds. Driving through the mountains was like we were driving into Mount Doom. Then the wind picked up. Leaves and limbs started to twitch and sway as we drove the curves of the mountain. Giant raindrops the size of babies started hitting the windshield, a few at a time. I had to check my neck to make sure I wasn't wearing a ring on a chain.

I flipped through random radio stations to see if I could find any news, but radio stations tend to enjoy playing commercials when the weather is at its worst. I think the inner monologue of the producers goes something like this: Oh, tornado warnings are out and it's spring break? Let's just play commercials for all the out-of-towners so they know what our little corner of Tennessee has to offer.

That's the worst part about travelling. The radio. We had to flip through different stations in order to find a decent station to see what Sauron was going to do next. 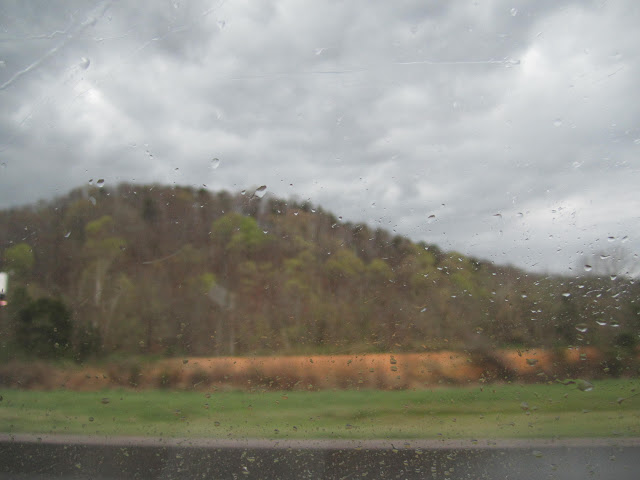 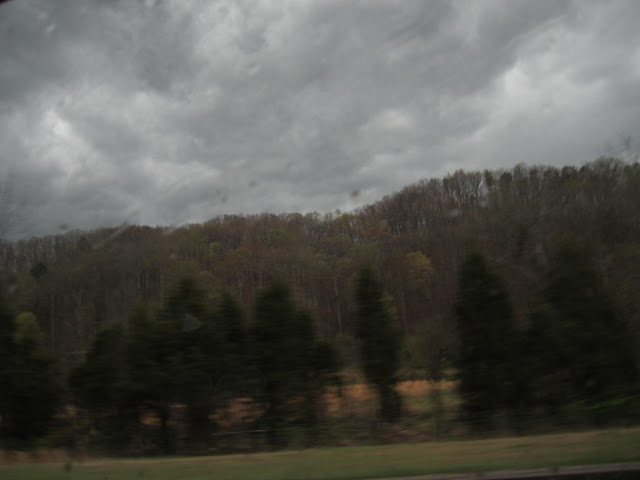 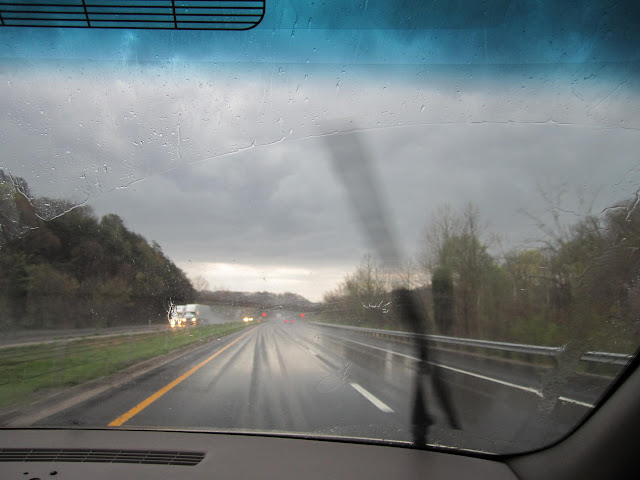 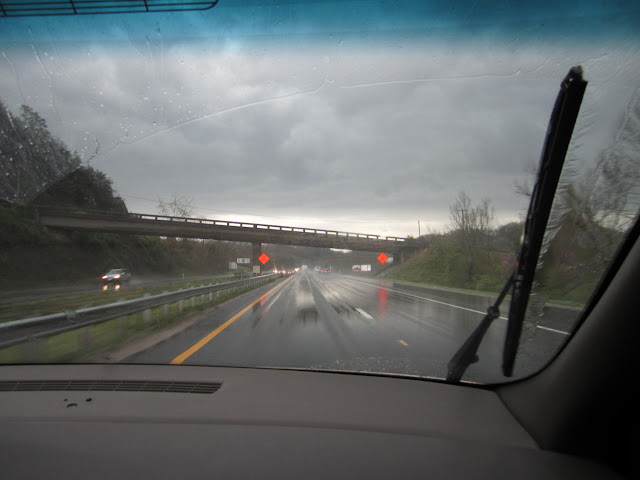 Ok, so the above pictures don't do the actual situation justice. But you get the idea -- imagine the movie "Twister," but on higher ground. Limbs and leaves stopped twitching and started breaking loose. They fumbled across the road, drunkenly trying to attack cars. The rain decided just a few heavy drops weren't enough anymore and a monsoon of crazy pounded on the car.

And the Girls? Remember, Raible's afraid of storms... 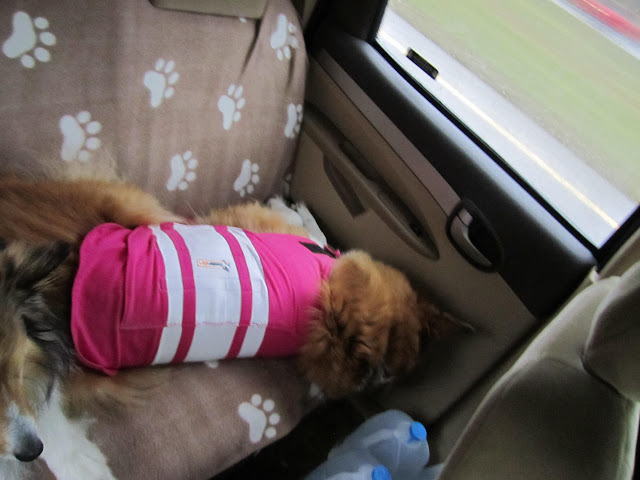 Luckily, we had put her ThunderShirt on. That thing is a miracle. If you've got a dog hopped up on nervous, you should give it a try. 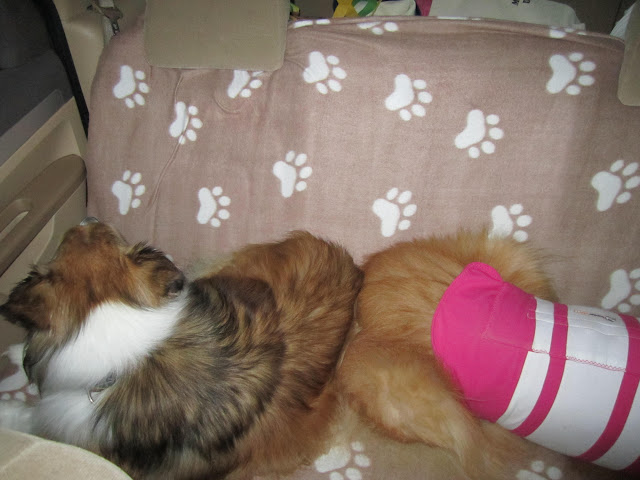 While the world rattled and trembled, they just laid butt-to-butt, recharging their puppy adorableness.

After driving white-knuckled (I white-knuckled the atlas), we found out that we had been 15 minutes in front of the tornado that knocked down the part of Tennessee we drove through. The drive still gives me the chills.