I have a man-crush and I don't care who knows.

Steph pointed this out to me.

But I've heard other guys talk about someone of the same sex of pure admiration and then chuckle as they said "it's my man-crush." I never thought it would happen to me.

As I watch season six of "American Idol" unfold, I've enjoyed Blake Lewis each week. In my opinion, he's the most original person on that stage. He beat boxes, and even though I never really thought about beat boxing being "cool", however, he does it while skatting and it just sounds cool. Are white people normally good skatters?

So he skats and since he's on "American Idol" he sings, but that's not a big deal. I can sing, too. How well, you ask? I don't know. I enjoyed his rendition of "You Keep Me Hanging On" which was originally sung by Diana Ross. What made it cool was his techno background he added.

He has a cool tatoo on his arm and hand -- a place I would get one, if I wanted one, but I find them pointless.

When he comes out on stage, the first question I ask myself is "Could I wear that to teach in?"And the answer is always "yes."

These are things I would wear on a normal basis going to work. See below: 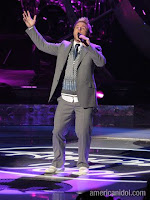 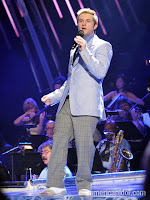 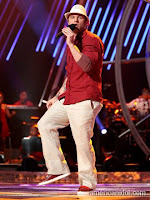